Back in 2015, we had just moved from a beautiful life in Singapore ready to embark on a lifelong dream of bringing our family to Australia.

Leaving Singapore was a difficult one due to having to leave strong friendship groups that we called our family.

Sadly our eldest daughter Meghan and youngest son Alfie lived a daily struggle with eczema due to extreme humidity and high pollen count which was a catalyst to the ever heightened eczema struggle.

We hoped and prayed that Australia would help to calm their skin giving them a much-needed normal childhood that had been robbed from them for years.

After a few months it became clear that Alfie was the lucky one, his skin normalised as the allergens that attacked his immune system was no longer present, Meghan on the other hand, struggled worst than ever…. She was about to embark on the hardest journey of her life; we were soon to learn that she was in Topical Steroid Addiction T.S.A. Or Red Skin Syndrome R.S.S. as it is also known.

Meghan had been prescribed one of the strongest steroids ( Betamethasone Dipropionate ) by her ever providing Dermatologist and had been applying up to 20 times a day which we then happily wrapped her in wet wraps to lock in the poison.

After a few months of living in Queensland Meghan received no respite from the itch and had developed a deep red colour to the skin, the itch she had was insane, she described it as an itch that went to the bone; We soon learned that she was in Topical steroid addiction.

We were advised by a wonderful pharmacist who is now a close friend and had been through the Withdrawl from steroids herself to stop all steroids and embark on a nonsteroidal treatment and to be prepared for a long hard road… we had no idea how hard it would be.

I began to research TSW and saw hundreds of men and women who looked the same as Meghan and worse… Meghan’s worse came within weeks; she began shedding so fast that her skin would fully rejuvenate within three days instead of 28. The epidermis ( the outer layer of the skin) was so broken and compromised that the dermis was exposed allowing plasma to leak through the skin due to inflammation-causing perforations in the capillary walls.

Meghan could not control her body temperature and felt freezing cold in 40-degree heat due to heat easily escaping through her broken skin. She looked like a burns victim.

After six months of hell! Megan was rushed to hospital with a condition called Eczema Herpecticum caused by the cold sore virus, her body was covered along with staph overgrowth and septicemia was quickly setting in.. we nearly lost her.

After a long three weeks in hospital and an ever-growing daily battle with specialists over the non-use of steroids and a threat of being reported to child services, I thought, “enough is enough! will find my daughter relief if it kills me”

One area of research kept on flagging my attention; Alkalising the body.

Research showed that keeping the body alkalised can aid in healing and help to balance internal inflammation.

Once home we embarked on a long difficult journey of finding the correct grade of bicarbonate, I was excited but scared as this seemed our last hope after trying what it seemed every product under the sun.

We finally found the right product and got to work.

That evening, only four weeks after being discharged from hospital two more spots of what looked like Herpecticum appeared on Meghan’s hand, we had antivirals available so didn’t panic but these two spots prompted me to take a photo of megs hand before she went into the high grade bicarbonate bath, something I was grateful for in the morning as what we saw after that first bath was something short of a miracle, we were able to compare the photograph taken only 12 hours previous to her skin that morning, her skin had calmed by more than 50% we were overjoyed.

Meghan then went on to drink the high grade bicarbonate in carefully measured doses and around food schedules, this allowed her skin to calm and inflammation reduce.

We soon began to understand that Meghan was systemically in acidosis due to overuse of steroids stress and too much sugar. The acid attacked her skin and caused her immune system to be so out of balance that her skin had no chance of healing.

Bathing in this grade of soda helped control the high levels of unwanted microbiomes which researchers have now found is common in an eczema skin type and causes many issues with staph overgrowth leading to a higher itch factor.

Although Meghan was on the right road to healing she was still using petroleum-based moisturises and so needed a chemical-free moisturising agent.

We tried popular chemical free brands which worked well however using combined beeswax based products worked best for Meghan as they seemed to lock the moisture into the skin more easily.

After five years Meghan and 100’s of people around the world are now using the inner balance pH or have used the Inner balancepH protocol.

Meghan still has environmental allergies which causes her skin to flare on occasions, but this is just mild eczema in comparison to the steroid addiction she once had.

Meghan has come so far and lives a normal life with friends and school and smiles every day.

Topical Steroid Withdrawl is now a distant memory and we are so very grateful to  Mother Nature, if we  look hard enough, she always provides.

She is finally free. 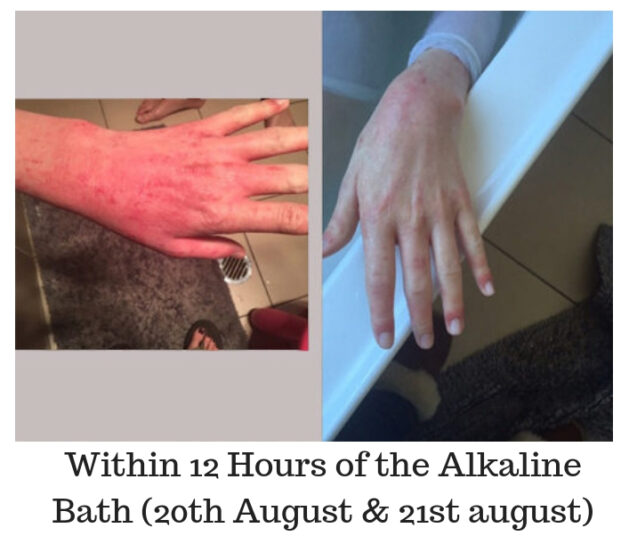 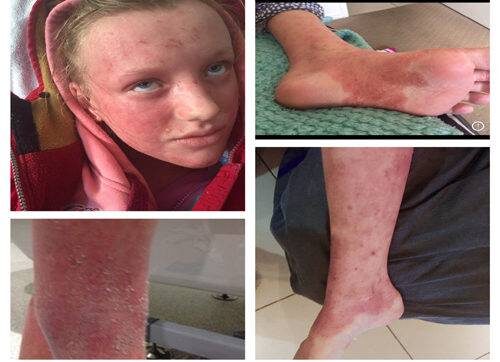 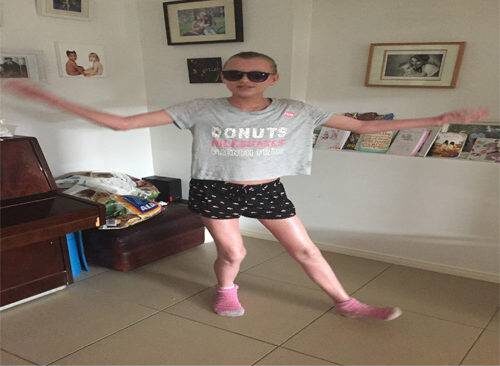 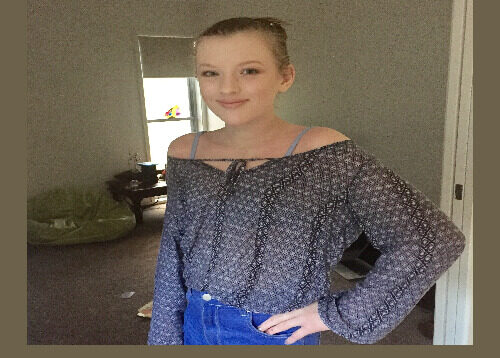